The flambeau ("flahm-bo" meaning flame-torch) was originally a carrier of a torch to light the nighttime floats in New Orleans during the Mardi Gras season.


All photography by Rhenda Saporito

It was about 20 years ago when a friend shared with me where the Flambeau carriers line up. Since then, I have spent hours watching them interact, ignite their “lights” and fall in place for the parades. Over the years I have become friends with many of them. They expect to see me when they line up and again along the “route” as the parade rolls.

One Mardi Gras, I saw them line up on Napoleon Avenue, again on St. Charles Avenue and then went downtown and saw them there. They were amazed that I managed to see them three times in one evening!

The flambeau carriers are a random, yet close knit group of our New Orleans neighbors.  One never knows who will show up to carry a “light”. Year after year they know I will be there to give them their first dollar of the night. I aways have additional dollars to give along the route too, hoping that those who do not know the tradition will catch on and share a dollar with them as well. 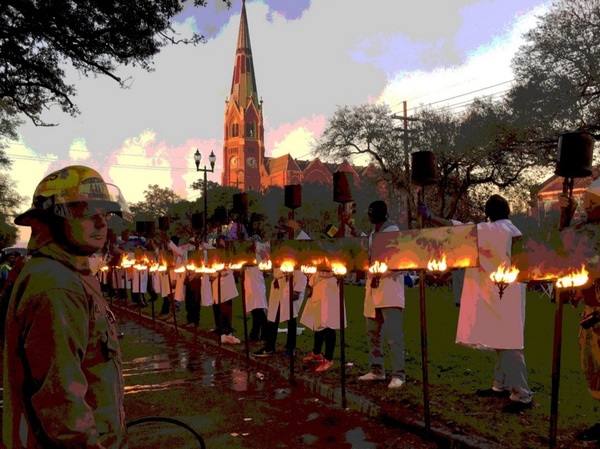